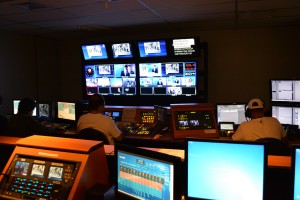 TV Gazeta was inaugurated on the 25th of January, 1970, the exact date of the Sao Paulo City´s anniversary celebration – so it could only be the most typical Paulista broadcaster of all.

TV Gazeta, the first broadcaster set with equipment to transmit in colors, also had the first external unit to broadcast in colors and the first equipment of Chroma-Key in Brazil implanting the slow-motion in Brazilian TV history. It was also responsible for the first official broadcast, in colors in the country, on March 31st, 1972, with the speech of the President Médici and the Minister Higino Corsetti and anticipated trends by having produced one day before and broadcasted the first Formula One race in Brazil (re-broadcasted with the partnership of Globo TV network) and on the 14th of March of that year, had the first regular program in colors:  “Vida em Movimento” (Life in Motion), presented by actress Vida Alves. In 1976 inaugurated, on behalf of the Brazilian and the Argentinian Federal governments the broadcasting of color TV in Argentina, with the Folklore Festival of OTI (the Organization of the Ibero-American Television in Spanish: Organización de las Televisoras Iberoamericanas), straight from the Colón Theater, in Buenos Aires.

With the satellite broadcasting, the TV Gazeta programming can already be followed a great array of parabolic antennas spread throughout Brazil and abroad.

Since December 2nd, 2007, with the official entry of digital TV, Gazeta was the first broadcaster to own its technical area totally produced in Brazil.

As the years went by, its programming was also recreated, adapting to the demands of audience and sponsors, to attend the dynamics of modern television. Without losing its aims of image preserving of a broadcaster from Sao Paulo to its dwellers, conquering its own audience and sponsors with a differentiated ratings. 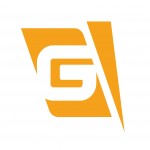