The first University course in Journalism in Brazil, the Cásper Líbero University was created on May 16th, 1947 (date that was a celebration of the 41st anniversary of the newspaper  “A Gazeta”), as part of the testimonial dispositions of the lawyer, journalist and manager Cásper  Líbero.

On the will, the journalist outlined what it was intended for what it was born as the “School of Journalism Cásper Líbero” written on the following text:

“b) – cultural objective to create and maintain a school of journalists and the teachings of humanities, especially on Portuguese Language, prose, style, literature, eloquence, History and Philosophy, in courses of great proportions, to begin with the High School and ending up with the University degree;”

The teaching entity was built beside the Press Palace on Cásper Líbero Avenue, on the number 58, occupying formerly one floor of the Santa Julia Condominium.  Many classes were taught in the auditorium of the Press Palace, located on the other side of the sidewalk, , on the number 88.  When the Cásper Líbero University was opened, the Conceição Street had already been baptized with the name of its patron and the Foundation was only three years old.  Only in the end of the 1960s, the univerisity was transferred in total to Gazeta Building, at the 900,  Paulista Avenue. 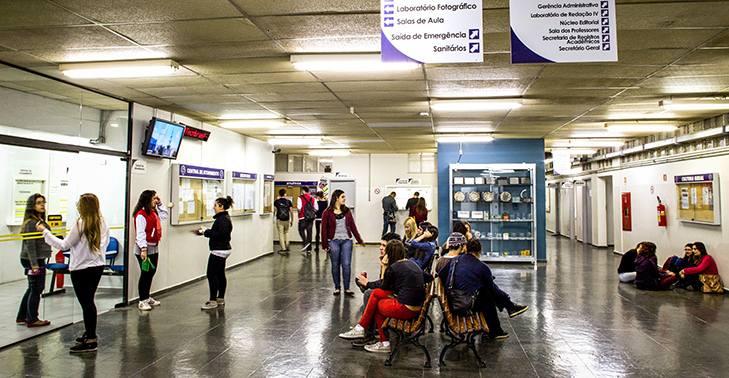 Afterwards, the institution enhanced its performance in the teaching of Social Communications, also offering skills in Publicity and Propaganda, Public Relations and Radio and TV. The Cásper Líbero University stills develops post-graduation programs at the Master´s level  and Specializing, maintaining an interdisciplinary center for research and promotion for the completion of free courses and University extensions.

Maintained by the Fundação Cásper Líbero and installed on the address that became a symbol of the city of Sao Paulo – The Paulista Avenue, 900 –, the Cásper Líbero University is part of a communications compound consisting of  TV Gazeta, the radios Gazeta Am and FM and the site Gazeta Esportiva Net.

One of the greatest worries of the Cásper Líbero University, along its more than 60 years of existence, is to do that the technical capability, is that students be totally followed up by teachers and be complemented with an ethical and humanist formation of excellency – absolutely necessary to any activity in the Communications world. So, the University believes that the relation teaching-learning must consist of a stimulating experience that can be productive and pleasant, that goes through the filter of a consistent social-cultural basis.

The Casper Libero University is making itself as a very important part of a partnership of Brazilian communication companies– offering them a great part of the professional talents that go through its classrooms Counting the graduation and post-graduation courses, the institution now has around 3.000 students that count on the performance of 124 teachers and 84 employees.

Recognized in the professional and academic realm the Casper Libero University is proud of having received in 2007, the prize Luiz Beltrão, in the category of  paradigm-institution ,given by Intercom – Brazilian Society of Interdisciplinary Studies in Communications, and  in 2009, obtained the first place in the Press Guide -  The Best Universities of Jornalism in Brazil, according to the best parameters: teaching group, pedagogy project, laboratory experience, and outstanding presence in the labor market. 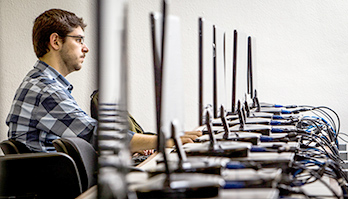 Casper Libero University counts on the performance of the teachers as professionals of a solid academic formation and a vast experience in the market. The number of laboratory organisms supervised by teachers, for the excellency practice is joined by the Laboratory of Web Journalism – exercised in its own University Portal-, the University Radio (whose programming is created and produced in its whole by the students), the house-organ The Press (the oldest in Brazil since 1949), the magazines Esquinas and Cásper and the TV program TV Edição Extra, the only in its genre to be broadcasted regularly on the open TV in the country. It is noticeable the Workshop of Televised Journalism, made since 2003, in a partnership with the United States Consulate.

The Program for Masters of the Casper Libero University is focused on the identification and understanding of new meanings of the contemporary Communications investigating the dynamics of technological advances in the professional markets and media products through the following lines of research: “Processes of Media: Technology and Market” and “Media Products :Journalism and Entertaining”.

Created in 2000, the CIP (Interdisciplinary Center of Research) of the Cásper Líbero University offers four lines of research – “Communication, technology and Politics”, “Communication, Means and Messages”, “Communication and Market” and “Communication in the Information Society” – around which teachers and students  developed projects that take to a thought on the social reality of the Communications universe. In order to divulge the produced knowledge and enhance the academic interchange, the University sponsors two scientific journals, the magazines Líbero and Communicare, whose editorial counsels are formed by Ph.d researchers from several Brazilian institutions.

The José Geraldo Vieira Library, from the Cásper Líbero University, began its activities in 1948, a year after the inauguration of the Journalism school. In June 2008, there was the modernization of the management system of the body of work, making it possible the access to the online services. Installed on an area of  625 square meters,  the Library has a total of  48.000 books, 500 journals, 3.800 films and several online database and on CD-ROM, keeping a Documentation and Research Center, where there is a concentration of the Magazines section, the  Audio-Visual body of work, a collection of  historical newspapers, the personal collection of books that belonged to Cásper Líbero and other rare materials.